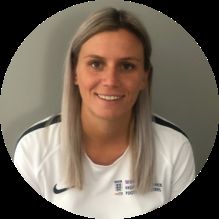 I recently joined a new team where I am coaching alongside two other experienced coaches, which is great for the players, but we also need to be careful that we do not overload them with information.

It was my first fixture with the team, as coaches we all positioned ourselves in the dugout, we all knew the aims and process points which were explained to the girls in the recent training sessions and pre match team talk.

About 20 minutes into the game, it dawned on me that although we had a clear strategy and knew how we wanted to play, we did not have specific roles as coaches

Although this is not necessarily a big issue, I do believe that having specific roles helps us to be effective as we as coaches know where to focus on in the game and it provides us a sense of direction as to what to do to ensure our time is being utilised.

In turn, it ensures the strategy is being assessed sufficiently and that we are all giving feedback on different areas and not duplicating information.

Having specific roles also aids us in making informed decisions, particularly when emotions are high.

We got through the game and won 1-0, however as a coaching team we started to discuss how we could work differently and more effectively going into the next game. Some of the discussions and roles included:

For the first 20 minutes of each game my role would be to focus on the opposition, considering how they have set up, what opportunities this provides us with and what threats this could mean for us.

The other first team coach would be focusing on us, asking himself ‘are we doing what we set out to do?’ ‘Is there’s anything needs changing?’

So, as a coach consider what role you have on a match day, do you need to think differently to have more of an effect on the players?